Well, the last February weekend is behind us and we are now officially less than a month from the first day of spring!  I’ve enjoyed my quiet, indoorsy weekends but am not all that sad that they are rapidly winding down.

This past weekend was actually fairly busy though.  On Saturday morning, I got in a 5-mile run which I was actually able to do outside due to some of the first bearable temperatures in months!  All of the melting made for a bit of a squelchy course but it was an awesome run nonetheless.

When I got back, I got to work in the kitchen.  A little recipe testing for Richa, and a little baking for H’s birthday (which was Sunday).  I made Chloe Coscarelli’s Chocolate Beer Cupcakes with Irish Whiskey Buttercream:

Out of respect for dessert-lovers everywhere, I will not tell you how many calories are in these (remember that thing about how vegan food is not diet food?).  I will just tell you to make them.  Immediately.

Afterwards I went into Boston for a friend’s baby shower, and then met H in Brookline for dinner to celebrate his birthday.  We went to Fugakyu, an incredible sushi restaurant in Coolidge Corner.  I didn’t take photos because the light was really dim and everything would have just looked gross, but it was really delicious!  Then we came home and ate cupcakes and watched Breaking Bad on Netflix.  It was a good day.

On Sunday, I got up fairly early and went straight to work in the kitchen again.  I made a batch of hummus and did other assorted meal prep for the week, plus a little more recipe testing:

Scrumptious dish with yellow split lentils and spinach.  And plenty of fresh cilantro of course.

And spent some QT with these loves: 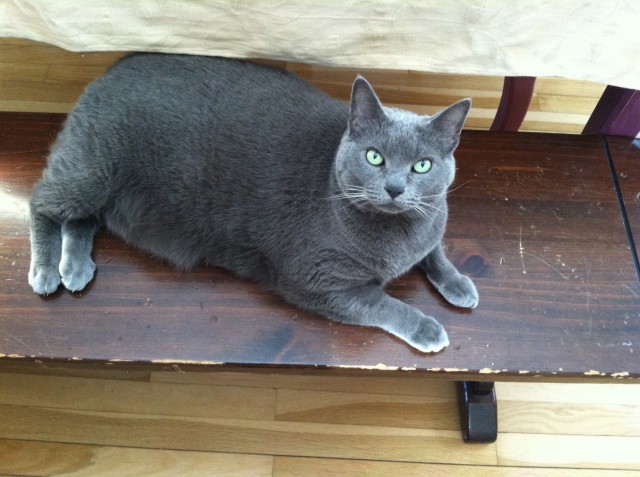 I went for a brisk walk in the afternoon to get some fresh air and a little active recovery (and also to budget a couple extra calories for dessert) before I had to get ready to go to H’s birthday dinner at his parents’ house.  I brought cupcakes to share! 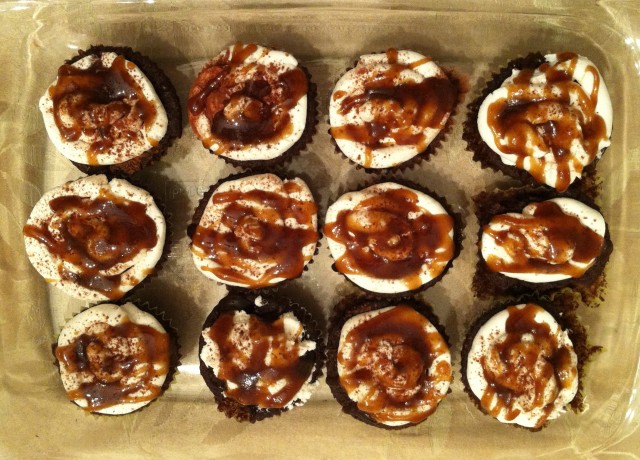 These are definitely impress-your-omnivore-in-laws cupcakes.  But then again, what recipe by Chloe C. is not?

Also (and you can kind of see this in the picture), for some reason the cupcake wrappers I have tend to peel off the sides of the cupcakes after baking.  It’s not something I relish.  Does anyone else have this problem?  Or know of a better cupcake wrapper brand that I could purchase?

Anyway, it was a nice weekend.  Babies and baking and power walking.  I’ve grown so domesticated in my old age.