Have you ever noticed how sometimes life seems to wake up from a long sleep and decide it’s going to happen to you all at once?

The best example I can ever remember of this was the six-month period of May to November 2011.  In those six months, I graduated law school, studied for the bar exam, took the bar exam, planned a wedding in 10 weeks, moved, got married, found out I passed the bar exam, moved again, swore into the bar, and started my first post-law school job.  It was…a lot.

Now, nothing as momentous as all of that has happened to me lately, but it has nonetheless been one hell of a week.  Most notably, after many, many months of watching and waiting, the proverbial doo-doo has hit the fan at work.  All this as I had been starting to make real moves in contemplation of my next steps in the employment arena (being that my current position is temporary, though as yet still undefined).  It’s been a total juggling act of jetting around to interviews and appointments, planning a last-minute mini-vacation, doing product reviews, hearing some sort of *thing* scratching around in the attic (eek!)…while also continuing to work at losing weight (10.2 lbs down!) and trying to, y’know, be good at my job.  Especially now.

I am totally behind on all of your blogs and I’m sorry for that.  There’s just so much stuff taking up space in my mind right now.  Although I am still forcing myself to stick to my training schedule for Ragnar, I’m not feeling that motivated to do any of the other stuff that normally brings me a lot of joy, even cooking.

Enter last night’s dinner.  I was in a pretty crappy mood, which I used as a justification to spend beaucoup bucks at the Whole Foods hot bar: 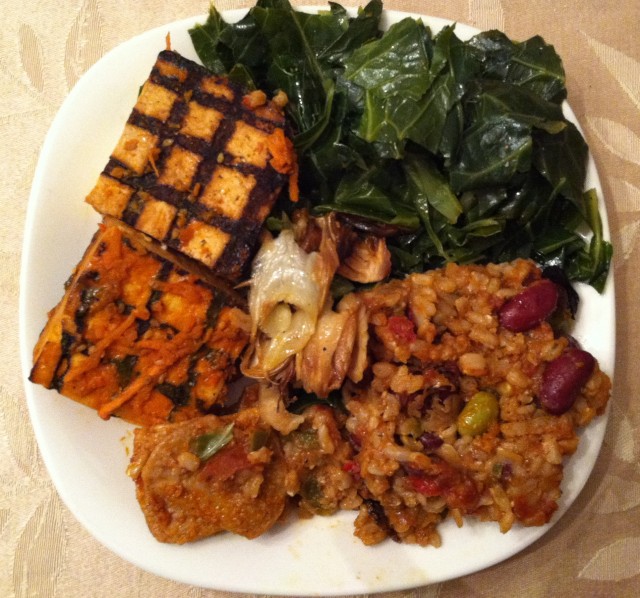 This was tasty and satisfying and did marginally improve my mood.  The rice was definitely the best part and I kinda wished I had gotten more of it!

On an unrelated note, sometimes I wonder if I eat too much tofu.  Then I stop wondering because I don’t actually care to find out.

Anyway, another thing that rarely fails to perk me up is discovering new vegan products.  This week I am loving these after dinner with my raspberry leaf tea: 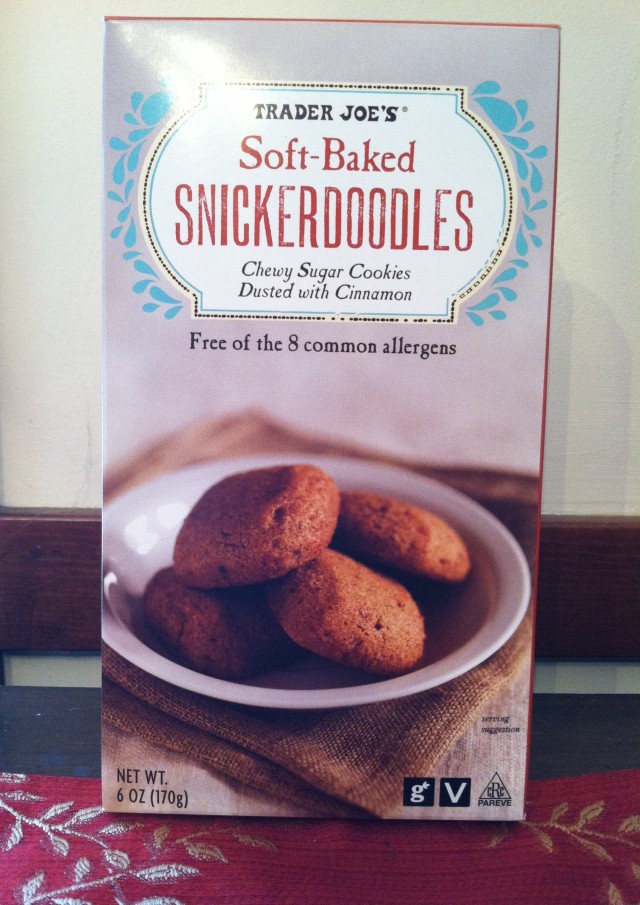 I love these.  They are super-soft (but not at all crumbly) and smooth and have kind of a fruity taste.  They are wonderful.

I also discovered a new yogurt from Nancy’s, a company that produces both dairy and soy yogurts: 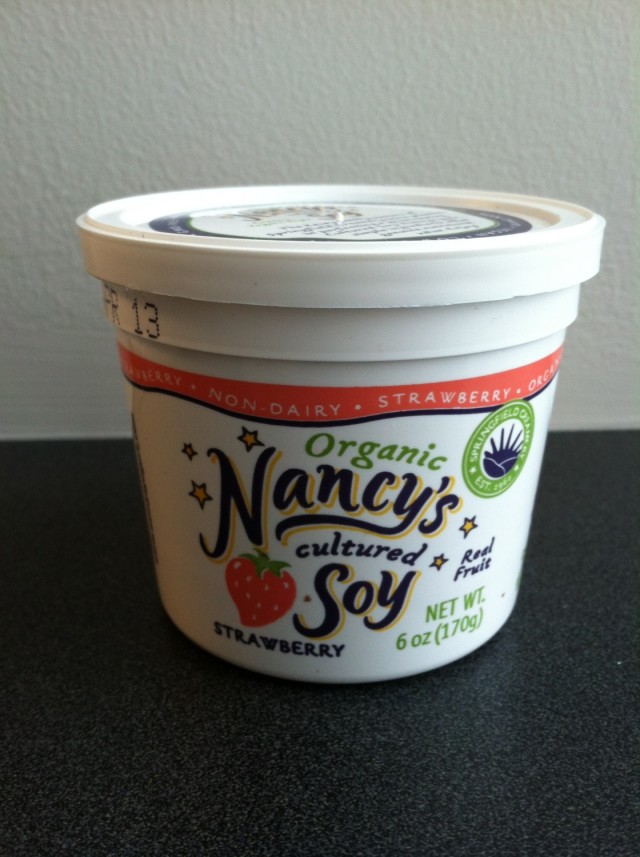 I was intrigued by the cute, petite package with its fitted plastic top, which in my mind not only makes this yogurt more transportable than others but also totally increases the re-usability value of the container.

I had mine for breakfast with 1/3 cup sprouted ancient maize flakes and 1/2 tbsp. hemp seeds: 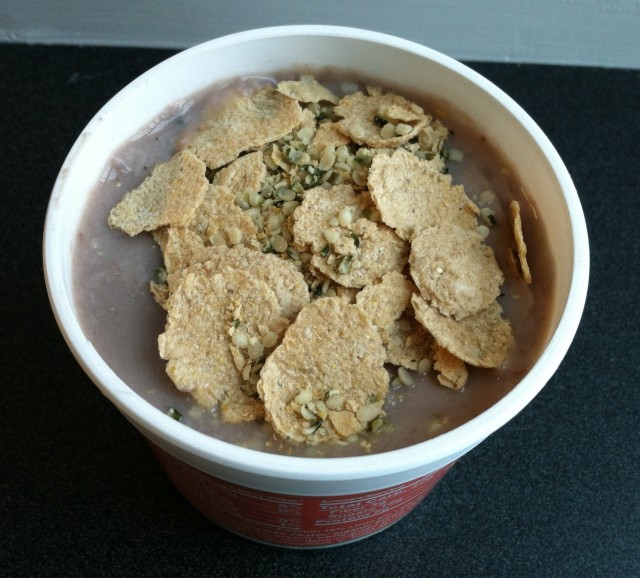 It was decent.  The grayish color was a bit unattractive, but that isn’t something that really bothers me.  The taste reminded me a lot of the old Silk soy yogurts (I haven’t tried their new “fruity and creamy” line), which was a little disappointing because I had hoped it would be closer to Whole Soy & Co. (my favorite brand, which apparently still exists, but which I haven’t seen it in a store for close to a year now).  That is, it had that kind of bland and not-very-strawberry taste.  I enjoyed the creamy texture though, and liked that it didn’t taste overly sweet (though the 6 oz. container does contain 12 g sugar).

I also bought the mango and vanilla flavors to try.  I’ll let you know if those are more exciting.

What new vegan products have you discovered lately?

One thought on “Vegan Food to Lift My Mood”